After a long pandemic-related break, it was finally time at the end of April: Prolight + Sound 2022 once again attracted national and international members of the event technology industry to Frankfurt. We also followed this call and so we started our journey to the fair on Thursday 28.04. partly already at shortly after 6:00 a.m. Especially the group from Southern Germany used the train ride from Stuttgart to Frankfurt to discuss development topics. When we arrived in Frankfurt, we still had so much time that we decided to walk from the main station to the trade fair. On time at 10:00 a.m. we were at the entrance. 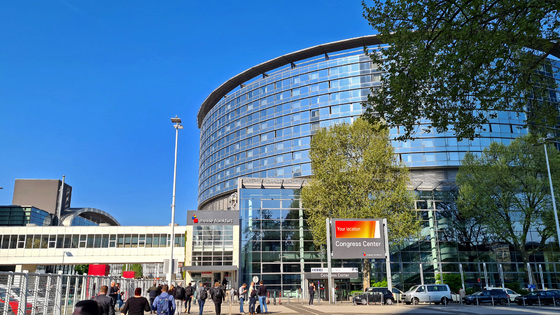 One could tell from looking at the site plan that this year's PLS was still heavily influenced by Corona, despite the extensive lifting of restrictions. Only four exhibition halls were occupied at all, which was a significant reduction compared to previous editions. Many foreign exhibitors, no matter from which direction, and also some well-known manufacturers from the audio sector were missing this year. In addition, the paths between the individual booths were also much wider and some booths offered a little more space than in the past. On the one hand, this is of course a bit of a shame, because there were fewer new things to see and the variety was smaller. On the other hand, this also had the advantage that the booths were generally not quite as crowded. At the same time, the exhibitors took noticeably more time for more comprehensive discussions. So if you were open for this current conditions at the trade show, you could definitely spend some time talking shop with exhibitors and having their equipment explained to you down to the last detail. 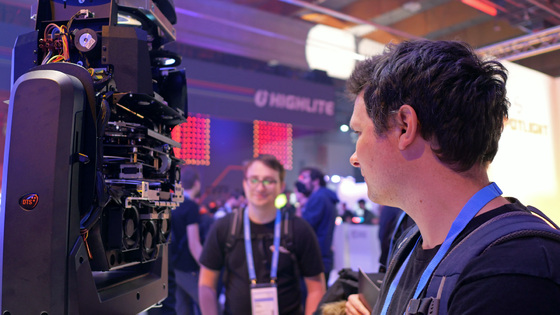 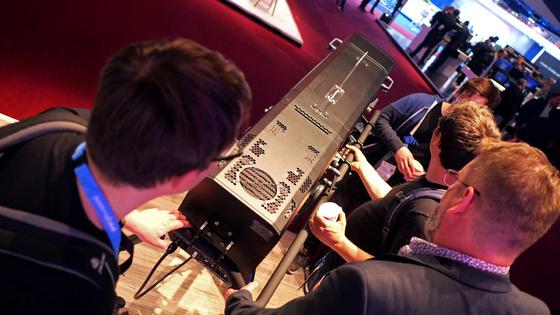 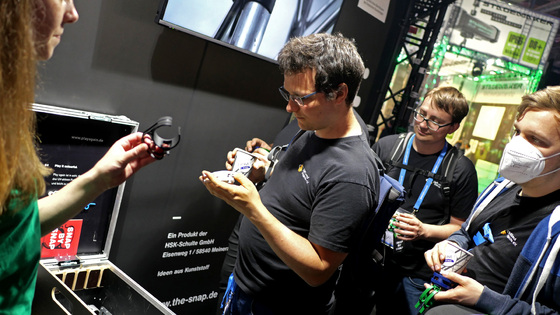 One of the reasons why we already decided last time to go more often to the PLS is our technology radar. Of course, we also want to learn about the latest trends, especially in lighting technology, so that we can possibly react to them as well - on the one side for DMXControl 3, on the other side in other offers of the association. As one of the trends we have identified the network area. Thus several manufacturers of network switches and other network hardware were present in the light technology hall. According to their statements, they offered all kinds of devices specially optimized for event technology. In addition to low latencies for video and Art-Net signals, the focus was also on simple configurability. Even larger setups could be set up quickly using a clear but nevertheless comprehensive configuration interface. 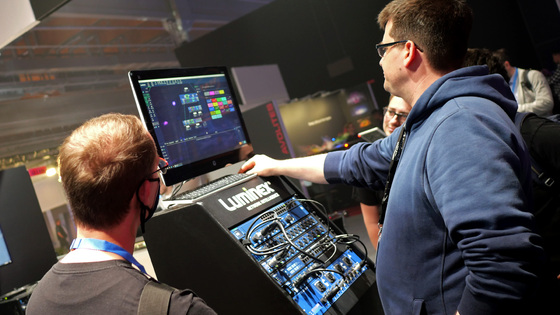 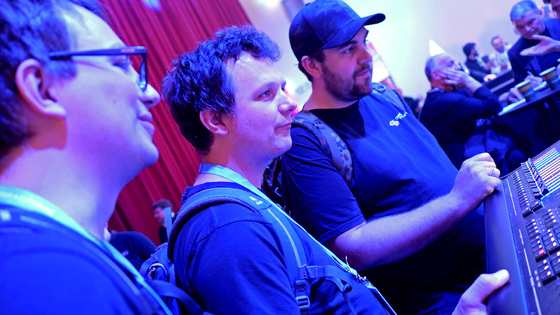 In addition, the trend towards LEDs is unbroken, which can now easily keep up with the "old" types of lamps in terms of brightness in almost every case. The same applies to color rendering, which is especially important for lighting people on stage or in TV studios. Conventional light in the form of classic PAR cans is practically no longer seen. However, LEDs allow exciting possibilities such as the effects in the following picture. These are wash moving heads, which have a network of small LEDs between the main lenses in addition to the (very bright) main LEDs. Thus, quite exciting matrix or radix effects can be displayed on them. At the same booth, we also saw another aspect: While waterproof spotlights and especially moving heads were still something quite new at the last PLS, they are now nothing unusual. In fact, at this booth, the manufacturer even went so far as to direct two water fountains (i.e. jets of water) at their moving heads and literally bathe them any influences to the units. 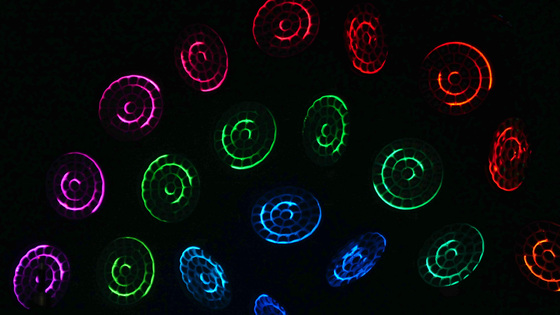 Once again, there were various manufacturers who fired off minute-long shows. The shows from Ayrton, Clay Paky, Highlite and Robe (just to name a few) were very elaborate and worth seeing. Below are some impressions: 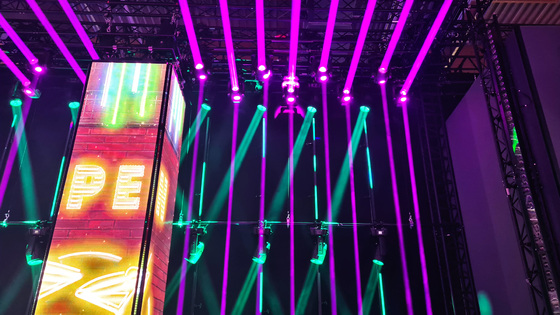 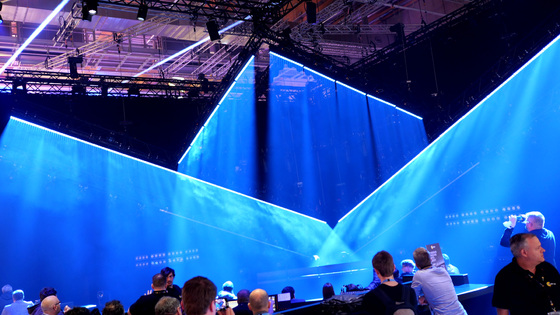 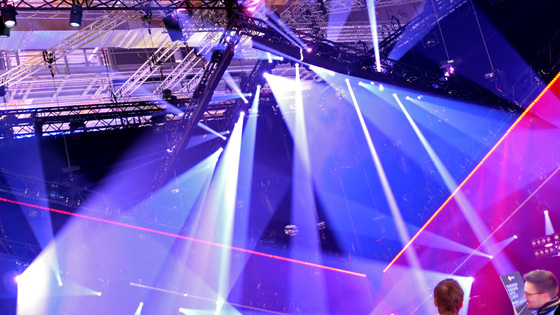 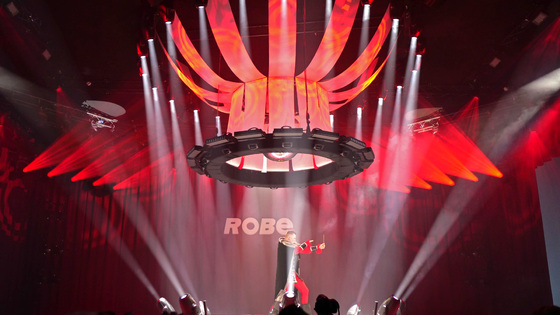 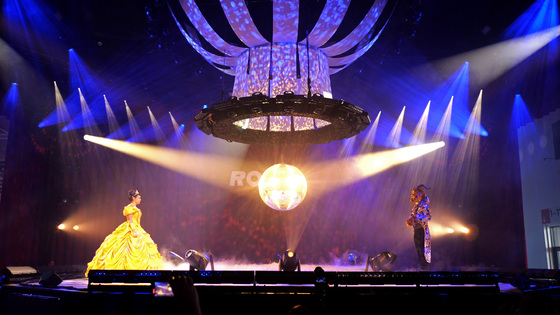 Unfortunately, the big show of PRG was missing this year, which had always been in the festival hall with a lot of equipment. But maybe this will be normalized again next year.

Meeting in person again was of course not only for us internally. The fair was also a good opportunity for you from the community to see some of us and to talk to us. So several community members recognized us directly (although we were not really inconspicuous as a group and with the DMXControl t-shirts). Many thanks at this point for the very nice, interesting and also informative conversations that arose. There was a lot of feedback, positive as well as critical. Both are always valuable and important for us and have already been discussed further.

In addition to the discussions with you, we also talked to various manufacturers and made some new contacts and expanded existing ones. The extent to which these newly established contacts will bear fruit in the long term cannot yet be foreseen. It is well known that it always takes some time after trade fairs until the follow-up work is completed. As soon as we have any news, we will of course report in the usual manner. But you can be curious about the further developments

Since our goal was not only to get an "update" on the latest developments, especially in the lighting sector, but also to talk specifically with one or the other manufacturer, we draw a thoroughly positive conclusion from our visit to the trade fair. As an indication of this, among other things, we can put the time of departure: it was 5:45 p.m. - that is, with the first gong - when we made our way to the exit. We had really great conversations on all levels and all in all a very entertaining day - on which there was just enough time to immortalize all participants of our delegation on a group picture. 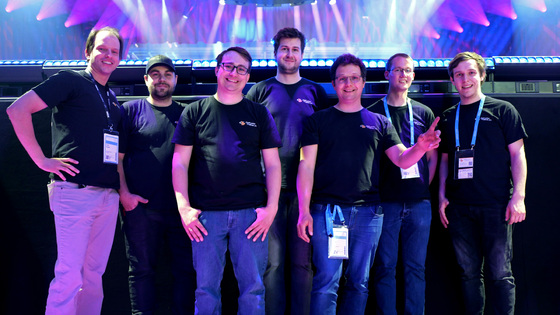 Now we have to reschedule. According to current information, Prolight + Sound 2020 has been postponed until the end of May.

The year is drawing to a close. But on the last meters there are still some interesting actions in the appointment calendar.

Association News - 22_CW16: The project and the visualation