We dug in deeper yesterday and had some lively discussions - so the news writing took a back seat.

The hours flew by again enormously, so that we already celebrated the mountain party of this year's meeting again yesterday evening. Yesterday was characterized by further numerous discussions - and the one or another isolated outcry in between. On the one hand, these came from our developer table. Here, various code segments proved to be much more stubborn and unruly than expected. On the other hand, we were able to achieve certain successes in various concept studies. Based on the latter, it is even now a matter of redeeming betting debts.

As a special highlight from yesterday, we can report that our repair counter is heading for record levels. Various items, large and small, are now working properly again. To the general amusement contributed, how the start of such a repair was triggered so to speak: "Stefan, the billiard table does not function correctly anymore". Hardly these words were spoken, Stefan had his tool in the hand and left the room toward to the table. Only a moment later it made "Pling" on our repair counter. 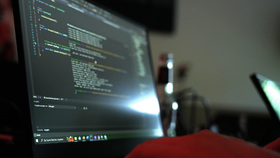 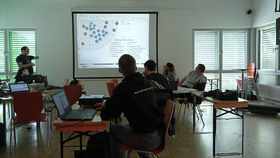 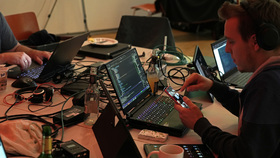 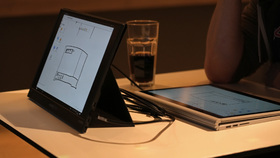 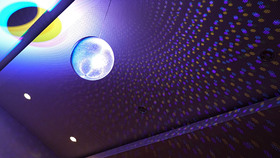 Furthermore, the transport of the smoker from Arne to Stuttgart was worth it. The numerous variations of grilled or rather smoked food were a treat for the palate. Various meats as well as vegetarian side dishes were exposed to the distinctive smoke. Due to this consistently positive highlight, we are now trying out a dessert from the smoker tonight.

What we have done during the day, you will read today in the course of the evening.

DMXControl Convention 2021 - Special No. 11 - Have a nice evening and see you

That was it again: our third digital club meeting on the Ascension weekend of the year 2021.

DMXControl Convention 2021 the second one - Special No. 2 - Recording equipment is set up

After a short night the recordings for our DMXControl videos start today. We finished building the recording studio yesterday evening.

The countdown is over. Our club meeting begins...