We have already reported several times about our hardware test server (HwTs). What has happened since the last report?

Since summer 2017 we have our own PC, which is exclusively assigned to perform regular tests with real DMX interfaces. In this way, we want to make sure that the DMX interfaces most frequently used to date output what DMXControl 3 passes to them. Because in the course of the current development activities it can happen from time to time that an error creeps in unintentionally and one or the other interface or even a certain group does not work properly any more.

In the past almost five and a half years, our hardware test server has also constantly evolved. Over the years, more DMX interfaces were added. This meant that the originally intended space was no longer sufficient - both directly and indirectly. At the same time, it became apparent that the original control of the DMX interfaces, in order to be able to "plug in" and "unplug" them from the outside in an automated manner, was no longer up to the growing requirements and needed a corresponding revision. In this course also the maintainability could be improved. As you can see, all connected and test-ready DMX interfaces are placed on their own 19" drawer and are no longer hidden directly in the server housing of the PC as they were originally.

For those of you who still remember the last news, it should be obvious that not only our Nodle R4S now enjoys a place in or at the HwTs. A few weeks ago, we also added a Showtec Net 2/3. This Art-Net-Node is meanwhile very often recommended in the forum. For this reason, we decided to acquire this and also include it in the tests. In total, the test currently includes nine different DMX interfaces. As can be seen, a tenth can still be included at the current time, before the control must be expanded or another DMX interface must be excluded from the test. 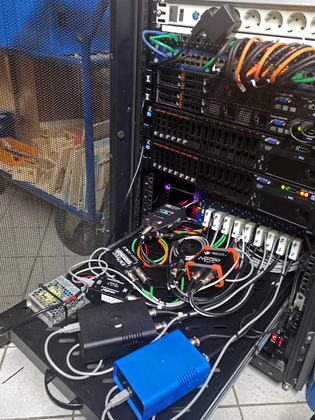 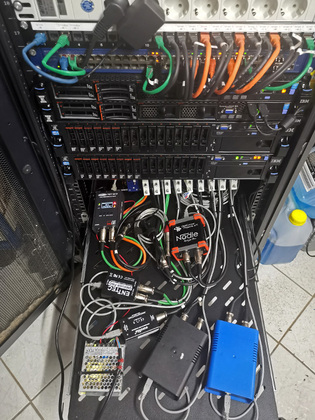 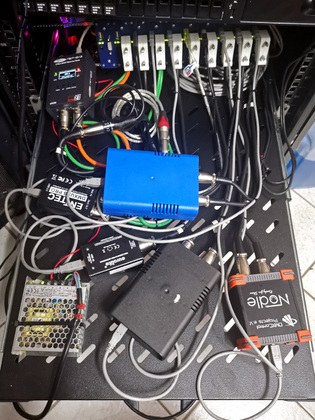 Spot on: New security features in our forum

We have already updated our forum in September. In this news, we would like to explicitly highlight two features that were introduced with the update.

During our first real meeting you could already follow a little bit what happened. Now we have put all this together in our official report and added some pictures.

After we have brought the last three years no April Fool's joke under the people, it was this year now finally once again so far. So here is the solution.