The Kaltental district in the south of Stuttgart is a surprisingly rural area. You know each other and you have a few dates in the year where you meet. The Burgtheater Kaltental, where the actors were on stage for the fifth time this year in the theatre room of the Thomaskirche, is now also part of these dates. In the wonderfully quirky comedy "Operation Hans im Glück", presented in best Swabian, Hans Huber finally wants to retire prematurely, because he has a big dream: Once over the Alps by bike to Palermo. In order to reach his goal, he plays the sick man, but no one should know anything about it. Especially his daughter-in-law Julia and his son Kevin are suspicious and try to get Hans to stop playing sick by being overprotective and registering him in a dating portal. This leads to all sorts of confusion. 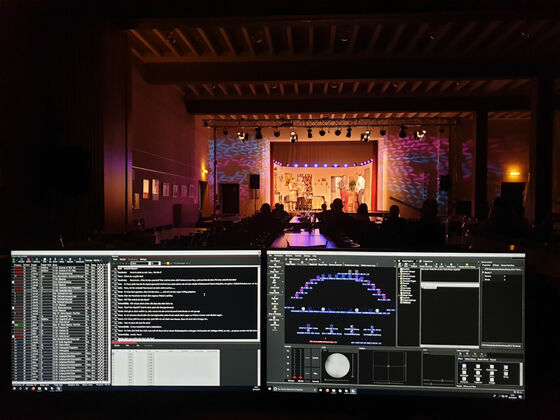 On the lighting side, the position of the fixtures was based on last year's setup, although some details were changed. For lack of attachment points a 10m truss was placed in front of the stage and equipped with the appropriate front light. Four ARRI Studio Step Lenses 1000W served as white base light and were supported by four BeamZ Professional BAC506B for color matching of the front light. Two Futurelight DMH-160, two Futurelight EYE-7 and two ADJ Dotz Par served as the optical background for the side walls next to the stage with colored gobos etc. Two more ADJ Dotz Par were used for the truss lighting in the breaks, after we now got so-called snaps to arrange the cable clutter in the truss and to lay all cables cleanly in the snaps. On stage, a total of 16 Eurolite PS-4 served as colored backlighting and two Showtec Q4-18 LED pars as lighting for a large picture behind the door. 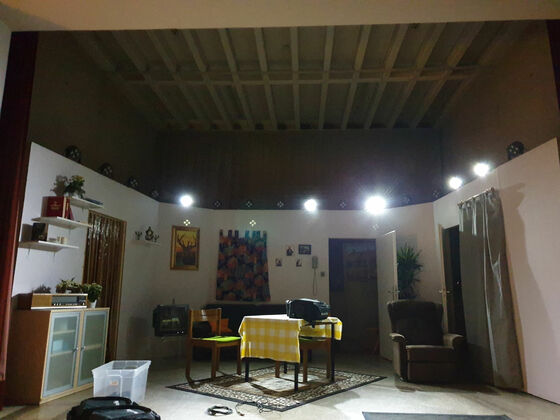 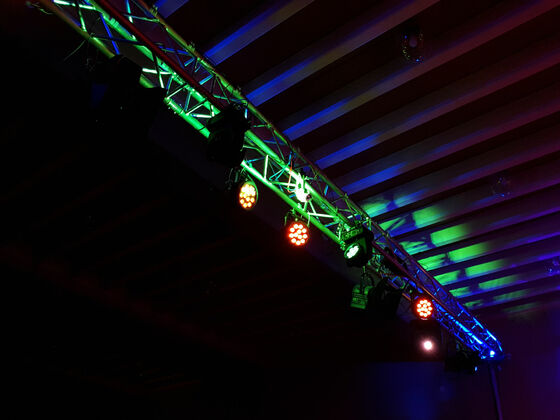 This time the control was done completely with DMXControl 3. We dared to take this step now that some basic conditions were fulfilled. Since there should be several sound recordings like different doorbells or a police siren and the light had to be timed exactly to the recordings, this should be done by DMXControl (which now works with DMXControl 3.2). This time the textbook was executed with an experimental plugin and so all conditions were given to use DMXControl 3. This brought some freedom in programming in contrast to DMXControl 2 (e. g. chaser effects) and a significant acceleration of the programming process. 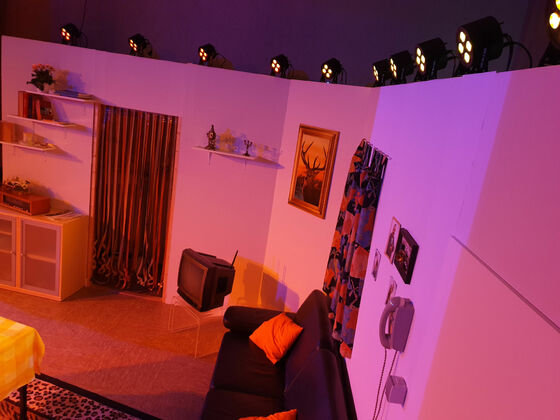 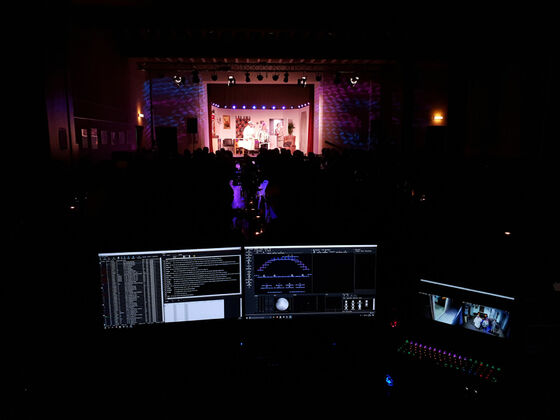 Almost all lighting scenes were illuminated with the neutral white basic light of the Arris and in the morning scene with a correction of the color by the BAC506B. In addition, all three acts of the play received two accent colours, matching the basic mood of the act. These accent colors were picked up on the one hand in backlighting and on the other in the side wall lighting. Therefor static colors and gobos were used. This color concept was only deliberately broken up in the case of a music intro in which Hans celebrates himself like a rock star. So the EYE-7 served here as cold white spotlights on Hans, on the backlight ran a chaser and the gobos rotated fast. With this lighting concept and the good performance of the actors in front of a sold-out hall, the performances were again a huge success.

Pleasant summer evenings invite you to hold outdoor events. The same goes for Jens-Peter's disco at the school summer party.

The last time before the farewell of the cantors in Stuttgart-Vaihingen, Germany they once again brought a musical with one of their children's and youth choirs on stage. Of course also on board: DMXControl 3.