At the half time our Did you known? Special Week we have another biggie: We show you the new Softdesk today!

You already know the Softdesk as such, because it was part of DMXControl 3 from the beginning. But it turned out relatively quickly that the old concept worked in principle, but brought with it various limitations, which is why you are now faced with a completely newly developed variant. 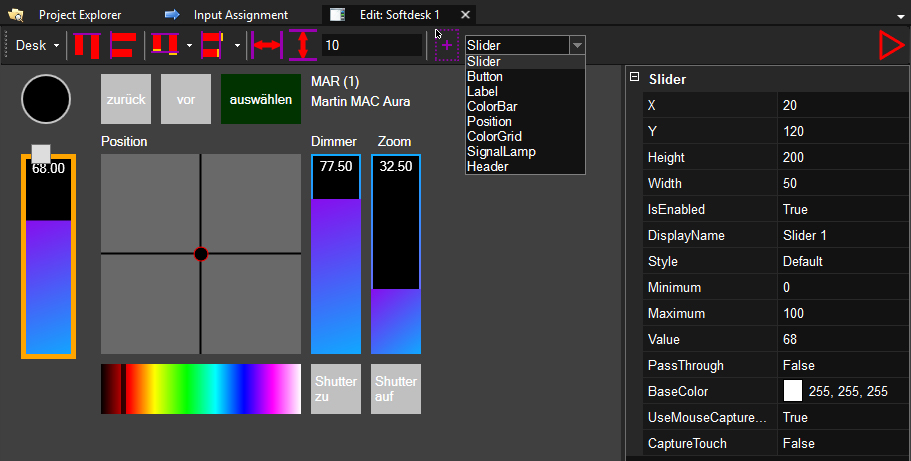 The main changes and innovations as well as highlights are as follows:

With all these highlights we will only discuss the main features at this point. This essentially includes a look into the Softdesk Designer, with which you can create your very own Softdesk. 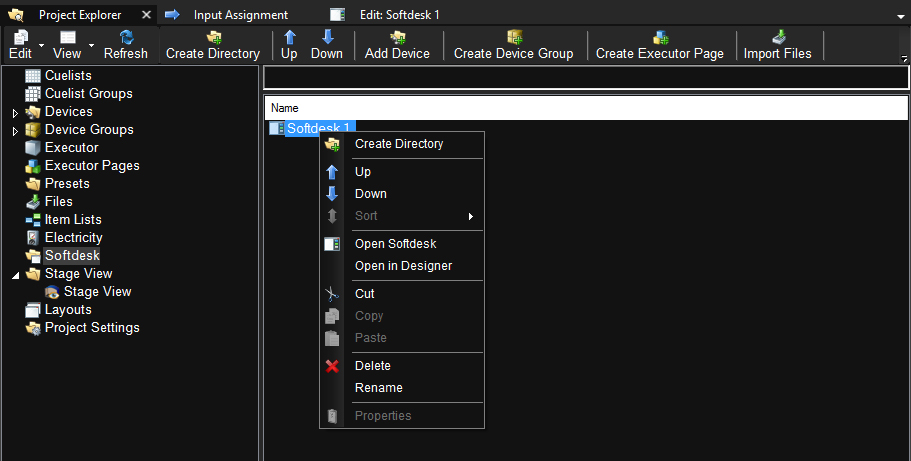 In the Softdesk Editor, which you can open after creating a new, empty Softdesk in the Project Explorer via the context menu for this new Softdesk, you will find various commands for arranging the controls in the upper menu bar.

You can create a new control - currently available here are Button, Slider, Colorbar, Label and Header - by selecting one of the available controls from the drop-down menu in the right part of the bar and then clicking on the button to the left of the drop-down menu. If this button is active, you can add more controls directly. Starting with the second control, the Softdesk Editor supports you with interactive help lines, as some of you might know them from PowerPoint or different graphics programs. If you want to start the optical setup, click the button again or quit the insert mode by pressing the ESC key. 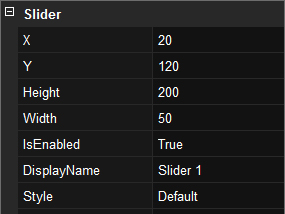 In order to position the new controls according to your ideas, the Properties area at the right edge of the Softdesk Editor is now used, where in the current example a slider is selected. There are the following important entries for the initial screen, whereby not all entries are available for every control:

Often people asked for a watch for the Softdesk. This is now also available and can be output via an option in the label. 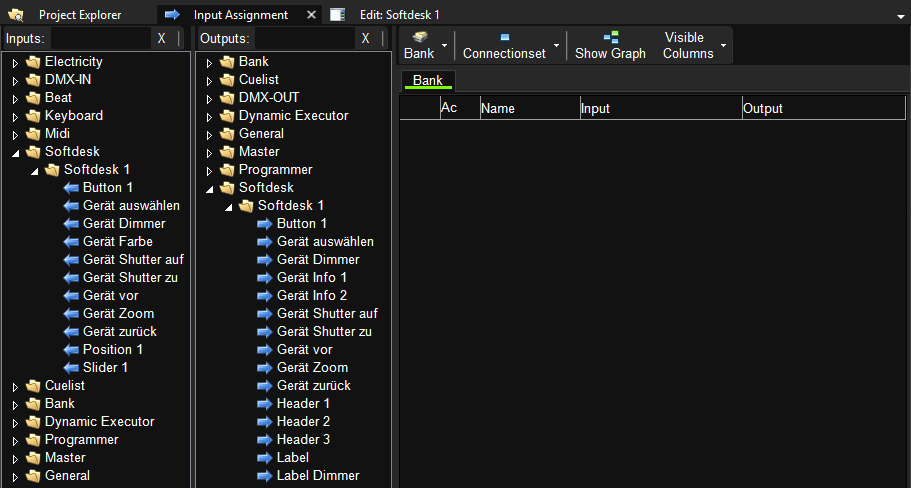 As soon as you are satisfied with the first draft of your Softdesk, you switch to Input Assignment. All Softdesk controls can be found there in the input tree. When you create a new connection set, there is no difference to what you learned during the introduction to the new Input Assignment.

If after some time you are mainly concerned with adapting connection sets, you should look at the Softdesk, or more precisely at the corresponding control. By default, a slider outputs a value between 0 and 100, while many inputs of the Cuelist or Speedmaster node, for example, only accept values between 0 and 1. Here you must convert the values using the Rule of Three-Nodes. Conversely, you can alternatively adjust the values directly in the control. There is no restriction here, so that a button can send values of -1 and 2 for the status deactivated and activated instead of 0 and 1, for example.

To test a new connection set for a Softdesk control, you don't have to leave the Softdesk editor. Simply click on the play button in the upper right corner. The test mode can be ended by a further click. For live operation, you should switch to the view mode at the end, which you can access via the context menu in the Project Explorer, as well as the Softdesk Editor.

The numerous highlights may give you an idea of the possibilities offered by the new Softdesk in conjunction with the new Input Assignment. But to consider all of these would go beyond the scope of this article.