Like every year the Prolight + Sound took place last week in Frankfurt. This time we visited it again.

A trade fair is always a good opportunity to get to know the latest trends in the community and to exchange ideas with manufacturers and others from the community. This is also the case at Prolight + Sound (PLS) in Frankfurt. That's why we thought we'd come back to the PLS this year and take a look at the latest developments. In addition, we were interested in the shows the manufacturers would perform this year. Therefore Arne, Jens-Peter, Marcel, Martin and Stefan looked around the fair last Wednesday and talked to different people. Here we would like to share our impressions with you.

First of all to the trends: The trend is clearly towards devices that we call Radix devices (artificial words from Radial and Matrix, term for devices (mostly Moving Heads), which have a circular matrix). At practically every equipment manufacturer's stand one found at least one Radix Moving Head in the assortment, sometimes also a whole family of them. With DMXControl 3.2 we are on the right way with this topic, because here there will be separate controls similar to the Matrix-Controls to control such devices.

Another major topic was outdoor equipment, which is increasingly being launched on the market. At many exhibition stands there were small fountains, in whose water shower LED spotlights and moving heads were installed to present the tightness of the devices. The company Robe has even placed more than ten moving heads in a water basin around their stage. So these devices were put partly also in shows directly into the rain. 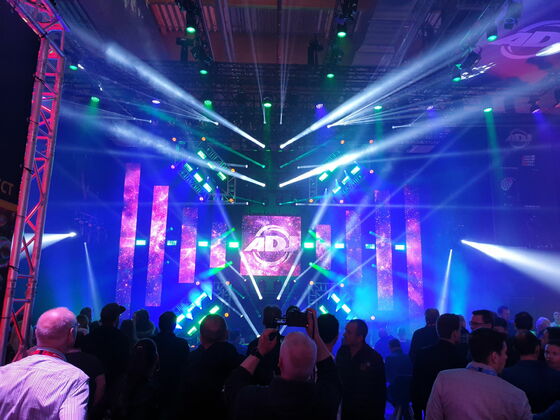 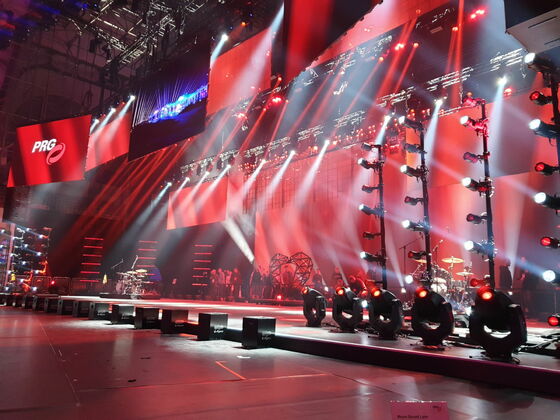 Apropos shows: It is always impressive which equipment fleet manufacturers use for their product presentation. So there were more than a hundred spotlights (mainly moving heads and washlights) in the rigs of the showareas. But mass is not always class and so some shows were much more varied and interesting than others. All in all, the number of shows was immense again and you could see exactly who understands the show craft.

Last but not least, we have also spoken with various manufacturers or are in contact with them further. In an interview with ADJ, for example, we found out that they were currently working on professionalizing their product lines. The devices that are currently running under the ADJ branding (especially devices in the lower and middle price segment) are to be assigned to a different brand. Instead, ADJ will serve the professional market in the future. We also had interesting discussions with various Visualizer manufacturers, rigging specialists and connector manufacturers. Under certain circumstances new possibilities may open up for us here, which we then present to you should something concrete develop out of it.